I try to make it to at least one free play in Central Park every summer, and this year I decided to join some friends to check out New York Classical Theater‘s plein-air production of Moliere’s super-entertaining 17th century Vaudevillian slapstick classic TheSchool for husbands. Central Park becomes both stage and auditorium for these productions, and the audience follows the actors as they move from scene to scene, and sometimes the action simultaneously takes place in front of and behind the spectators. This is a neat way of keeping everyone engaged, though at an hour it is a mighty quick and high energy production anyway. The following illustrations were all done on location. 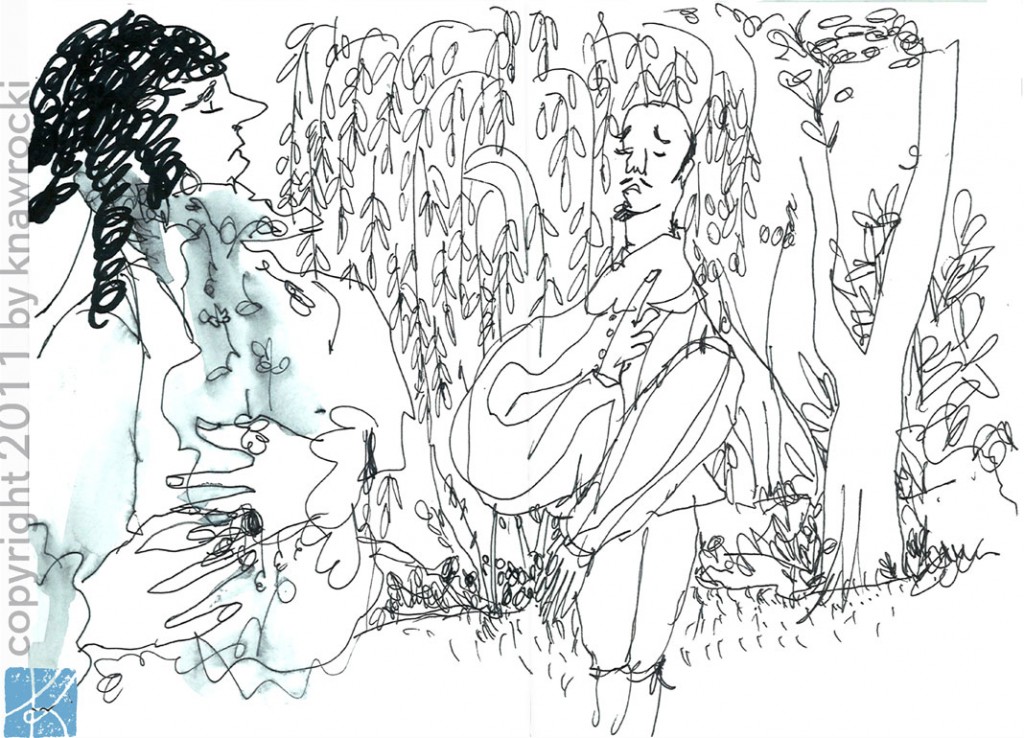