Here are a few more recent drawings from the rehearsals of the New York Repertory Orchestra. I used a quill pen and a reed pen with india ink for these, and I am really happy with how these came out. They really capture the feeling of the music and the atmosphere in the church and in my heart that evening. 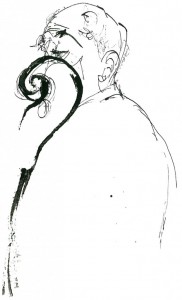 The first one is of the cello section, which includes the classically beautiful first cello, the old-school “godfather” second cello, as well as the my collegue, whom I usually do not draw for fear of making him feel self-conscious. I adore the sound of celli, perhaps because their pitch is so close to that of the human voice. This  last drawing is of the “papa” of the cello section again, his gorgeous face merging with that of his precious instrument…

On a recent trip to California I stayed in a classic Old Hollywood haunt called the Culver City Hotel, an idiosyncratic red brick wedge of a building that towers over the diminuitive Epcotesque Art Deco buildings around it.  The hotel lobby greets visitors with august, dark-wooded, faux-Patrician charm complete with piano bar, wooden globe, and enormous furniture, next to which the tiny check-in desk disappears almost completely. I made a few drawings at the farmer’s market, which is held right next door to the hotel, between the mansion from Gone with the Wind (really!) and a Trader Joe’s supermarket, and saw what I am reasonably certain are real hippies, which excited the anthropologist in me quite a bit. I also bought some unbelievably tasty organic apricots there. 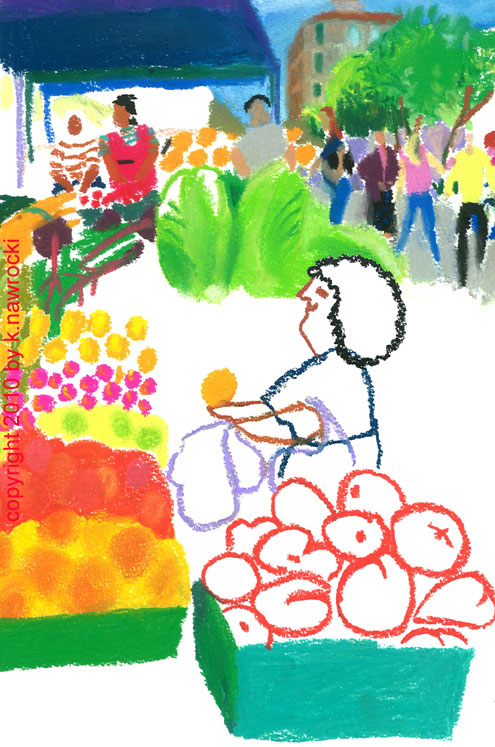 Many years ago, decked out in yellow jeans, matching yellow leather tie, and convinced of my sartorial and general superiority, my twelve-year-old self headed to the Olympic stadium in Munich for my first live concert, the band Queen. A few sweaty hours later I was converted to the enduring love of my life: Music (preferably from inside the most intense depths of the pit, not seated and removed from the action). I have attended many hundreds of shows since that first one, often in hopes of having my dented faith in humanity restored, and almost as often finding something lovely to inspire me. Over the years my palate has grown more tolerant, and I am likelier to find a performance tolerable (though less likely to be impressed by it). 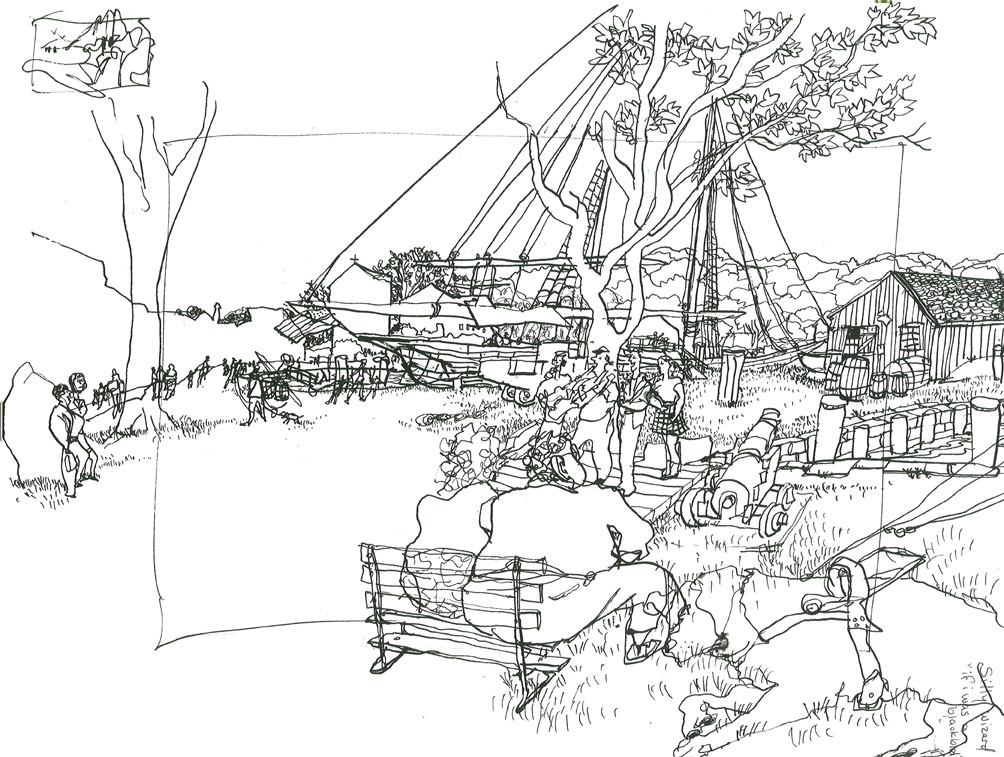 A few months ago I attended a shantie music festival at a sleepy New England town. Though that wouldn’t normally be my first choice (my taste usually tends to the more extreme and “high energy” end of the spectrum) I was delighted to find myself surrounded by the jokey and the romantically absurd, which is very much my taste.